If our solar system boasts Mars, the red planet, then Rábida is the Galapagos’s red island: a short-but-very-sweet Galapagos safari to savor. It’s an incandescent world with deep-red beaches, the result of the presence of large amounts of iron in the island’s volcanic lava and eroded sand. Rábida is so strange in colour and feel that it can take you a while to readjust to ‘normal’ islands after your visit!

Rábida is a tiny island located in the heart of the Galapagos archipelago, to the northwest of Santa Cruz and just below Santiago. Its Spanish name comes from a monastery in Spain, famous back in the day for babysitting Cristopher Columbus’s son while the Admiral was off “discovering” America.

Gazing at the panorama from Rábida’s beach, you feel like you must be wearing red-tinted sunglasses. Even the crystal-clear water reflects the red (now turned turquoise) sand below. The red earth is everywhere you look, a ubiquitous canvas upon which vegetation sprouts, on which pelicans stand and nest, and sea lions doze… it follows you up the cliffs, it marks the path you take to explore the east of the island, where more red cliffs plummet into the dark-turquoise sea… red, red, red… A true red planet.

Isla Rábida is known in English as Jervis Island, (not to be confused with Jarvis Island, which is located farther south and farther west, in the South Pacific Ocean), in honor of an 18th-century British sea captain.

The visitor site on Rábida Island

The authorised visitor site on Rábida is on the extreme north of the island, next to a spit of land that juts out into the sea. As you disembark, you will usually be greeted (or grunted at) by Galapagos sea lions, moseying around the beach. They make stunning photos, contrasted against the red sand. A small brackish-water lagoon extends just behind the beach. Flamingoes have been recorded here, although years can go by without them appearing at all. It’s far easier to spot Black-necked stilts and Pintail ducks around the water.

Lava lizards scamper about as you follow the trail uphill. They are, like everywhere else in Galápagos, very tame. You may even see one catch a colorful Galapagos field cricket, which hop about the vegetation. The island is dominated by Opuntia cacti, Palo Santo and pretty green shrubbery (during wetter times of the year), which create a beautiful counterpoint to the overall redness. 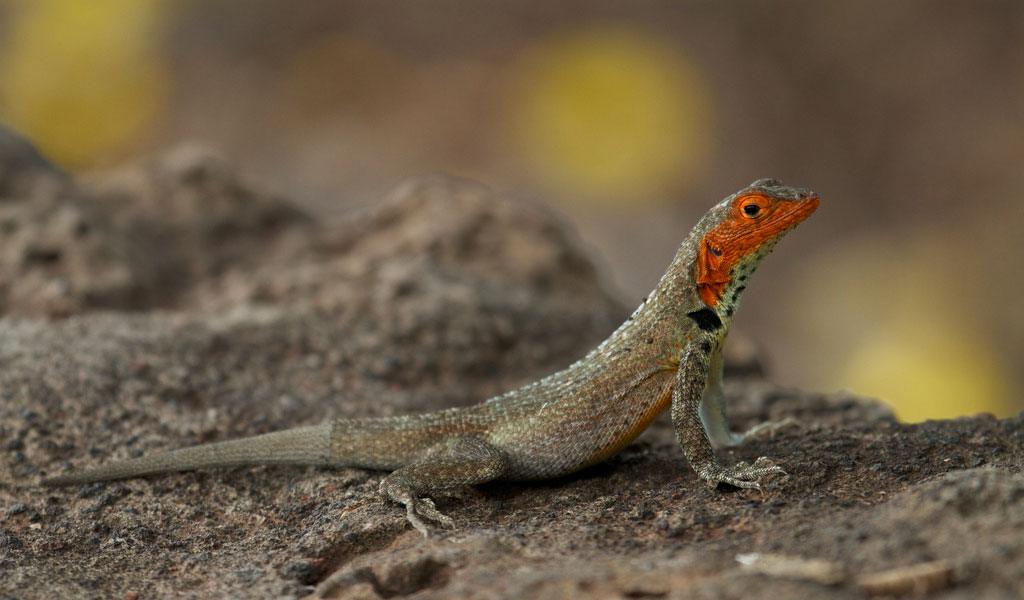 The walk inland is short. Galapagos warblers, flycatchers, and doves may appear, as well as a total of nine Darwin’s finches and the occasional Galapagos Hawk, always a memorable sight. It makes for an easy, pleasant nature walk. The island is, however, small, and before you know it, you are back at the beach, ready for a swim and a snorkel. 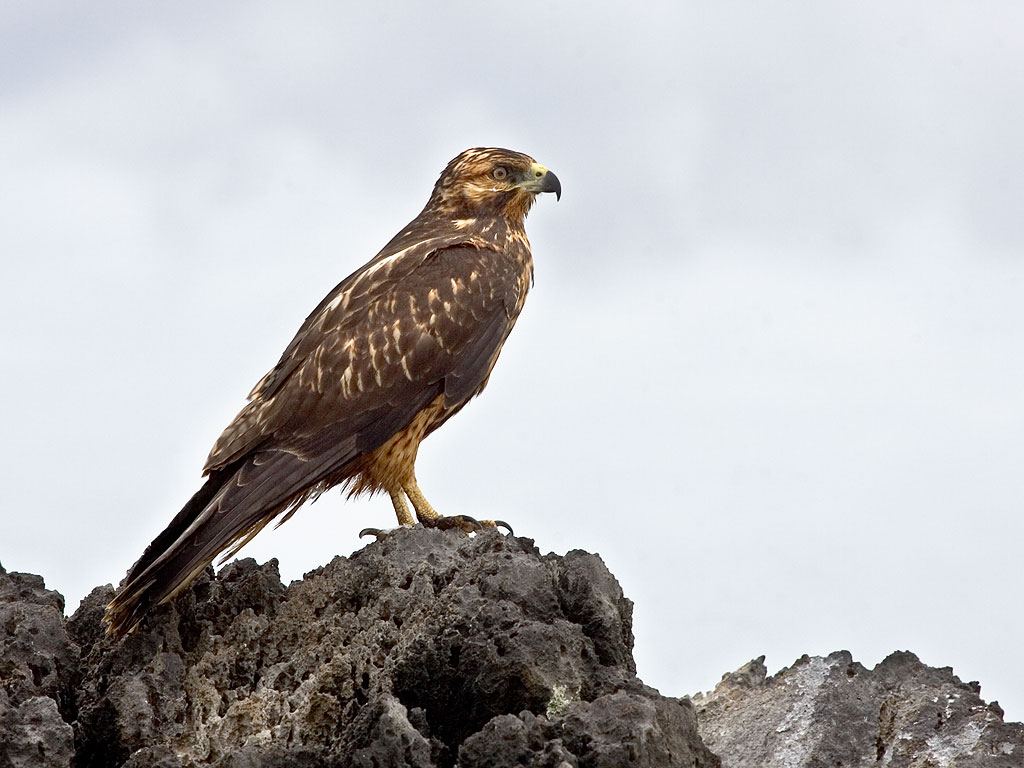 Snorkelling and diving at Rábida Island

The Galapagos safari continues underwater, where snorkeling against the red filter of the seabed adds to the unique sensory experience. This is a great chance to swim with sea lions and perhaps spot a White-tipped Reef Shark. You might also be lucky enough to spot species of manta rays here.

Rábida is also popular for its SCUBA diving spot, although the site is located on the southern part of the island (and the regular visitor site is to the north).

It’s not possible to visit Rábida on day-trips from Santa Cruz Island, only as part of a cruise itinerary. We are happy to help you plan how to combine a Galapagos cruise with time at the Galapagos Safari Camp. Get in touch!