Ecuador’s capital is a fascinating destination and should definitely be included in your plans. Quito’s Historic Center, varied restaurants and bars, art and music scene and history lend themselves to fun days of urban exploring.

Its church-filled Old Town is a pleasure to explore by foot while its modern neighbourhoods and cultural life can prove equally engaging.

We can help arrange accommodation and activities that highlight both the capital’s heritage and present.

Below are some our suggested experiences in Quito. We can help plan your itinerary according to your interests. 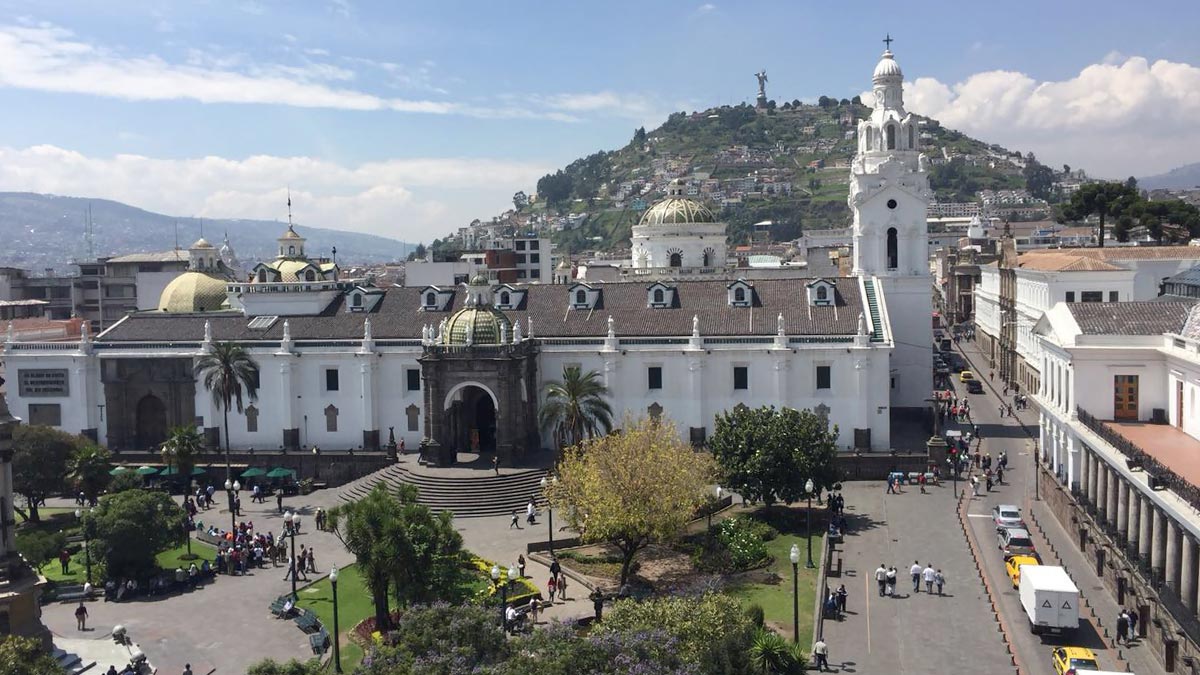 The Plaza de la Independencia is the capital’s beating heart, hemmed by imposing buildings with a statue to liberty in its centre. It makes a charming place to people-watch and learn about the city and the country’s tumultuous history.

La Compañía de Jesús’s spacious interior is covered tip-to-toe in tonnes of gold leaf; the symmetric design combined with indigenous elements bring a distinct grandeur to the building, regarded as a high-point of Baroque Art on the continent. 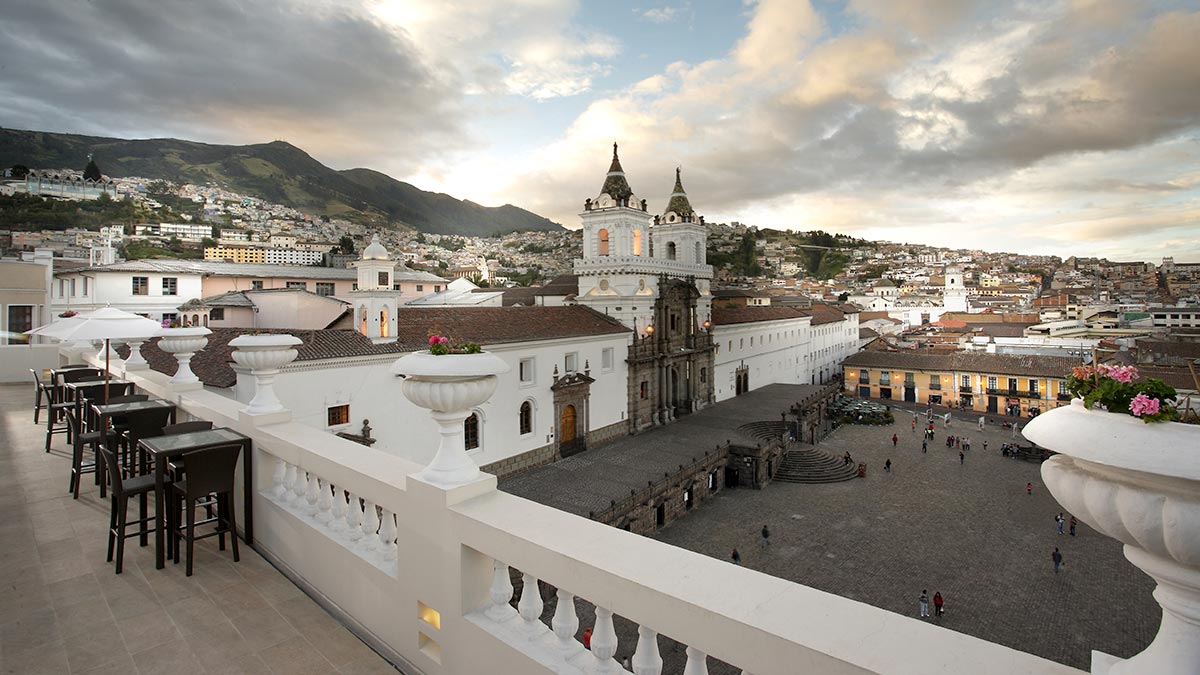 The church of San Francisco stretches the length of its plaza, one of the oldest in South America. The foundations of Incan palaces lie beneath the church. Its interior patios are wonderfully peaceful and the ceiling of its choir sublime.

During his lifetime, artist Oswaldo Guayasamin’s work achieved international acclaim. The Chapel of Man is one of his crowning achievements, a symmetrical stone pyramid perched high on a hill overlooking Quito’s valleys. Stunning story-high murals hang in its galleries, stark tributes to the people of Latin America.

Explore a traditional Ecuadorian food market as your guide shows you the exotic fruits and vegetables of the country. Stalls piled high with produce, flowers, fish and meat with local merchants eager to sell you their wares.

Our foodie tour takes you into a local restaurant’s kitchen for a cooking class. As the class progresses, a chef shows you how to prepare a classic Ecuadorian meal using locally-sourced ingredients. After the meal is prepared, sit down and enjoy a home-made lunch.

A trip out to the “Middle of the World” to straddle the Equator and learn about the intriguing physics of our planet as well as about Ecuadorian peoples and cultures.

Take a ride on the cable car on the Pichincha Volcano’s eastern flanks, up to an amazing (and breath-taking) 4,000 metres above sea level. On clear days, you’ll able to spot a number of snow-capped peaks.

Designed to emulate the Notre Dame Cathedral, the Basilica began construction in 1886 and was consecrated in 1988. If you look towards the roof, Galapagos animals replace traditional gargoyles. It has a fine viewpoint with sweeping vistas. 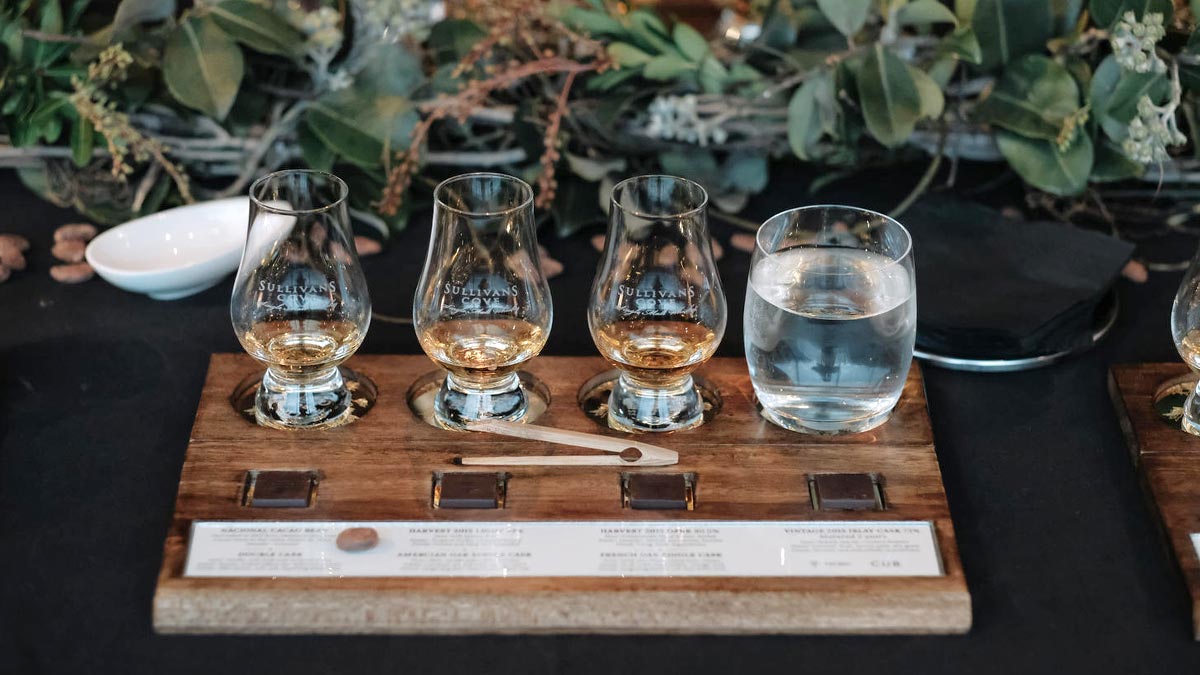 Our Quito extensions include airport transfers to and from a hotel of your choice in the capital. We recommend Casa Gangotena in the historic center for its elegant rooms and facilities, first class service, and gourmet cuisine. We also can find other hotels that work with your itinerary and needs. 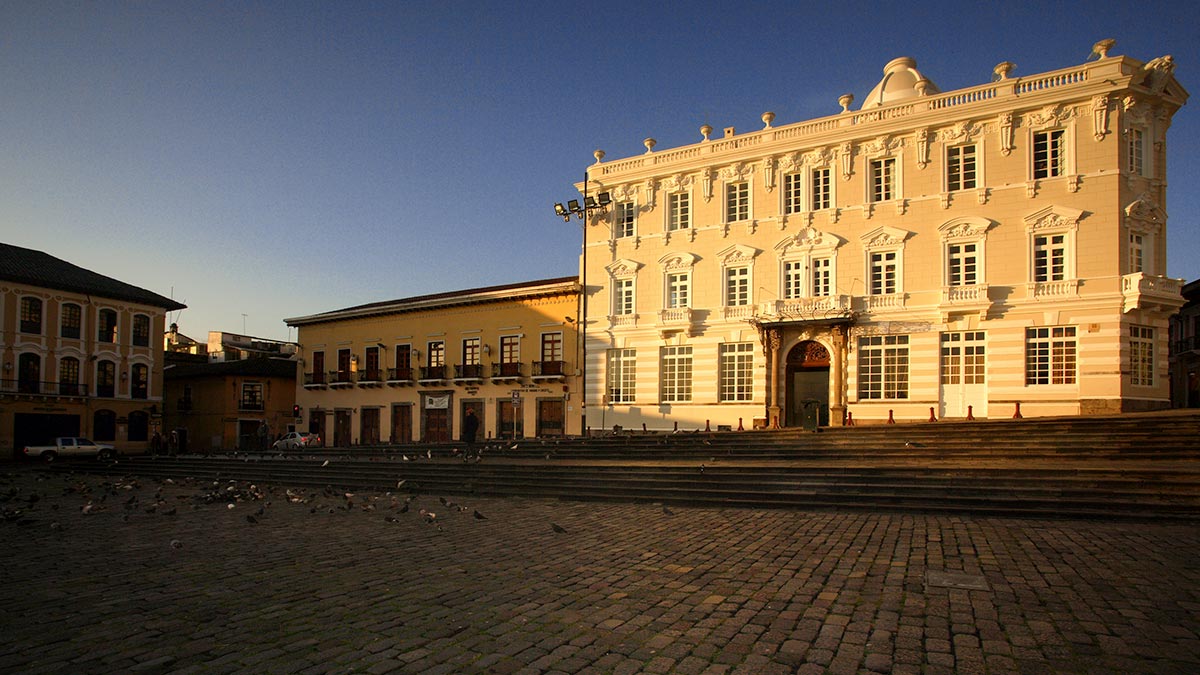 Located bang in the heart of Quito’s told town (a UNESCO World Heritage Site), Casa Gangotena is perfectly positioned to explore the lively streets of the capital’s colonial quarter. With San Francisco church on its doorstep, and many other spectacular churches, plazas and museums within a short walking distance, Casa Gangotena is ideal for visitors who may only have an afternoon and morning to explore the historic center, and who want to maximize their time there.

As a member of Relais & Chateaux, Casa Gangotena prides itself on a high level of comfort and service; and it is widely considered as the best luxury hotel in Quito. Its restaurant is headed by Chef Emilio Dalmau , who likes to channel happiness through his cooking. Inspired by many of Ecuador’s native ingredients such as quinoa, seafood and chocolate, he has developed his own take on Ecuadorian cuisine, and one which reflects the country’s past, present and future.

Contact our team for other options in the Old Town or close to the airport if you need a stopover before continuing on to the Galapagos or back home. 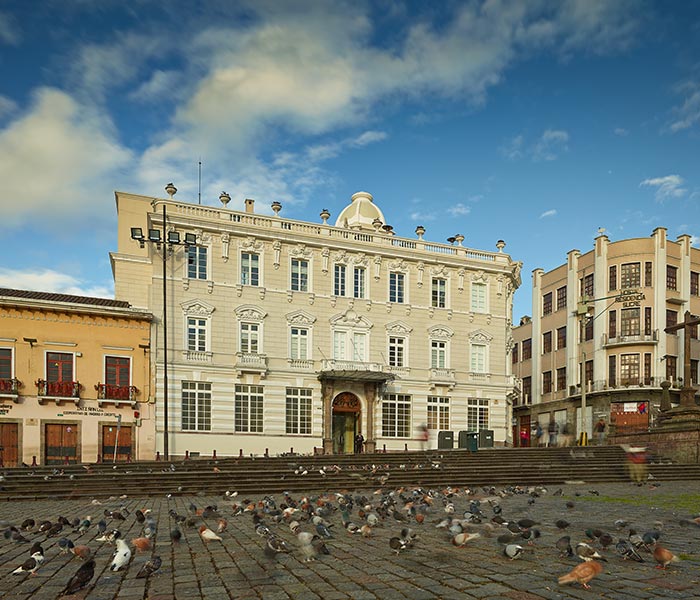 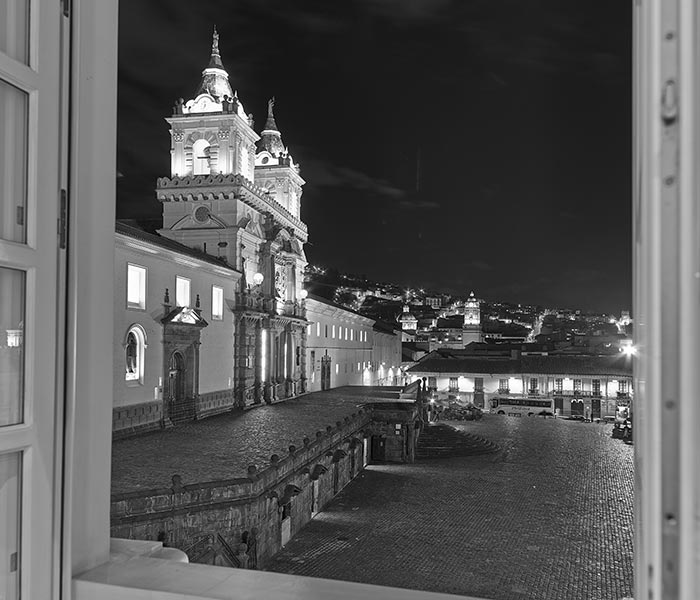 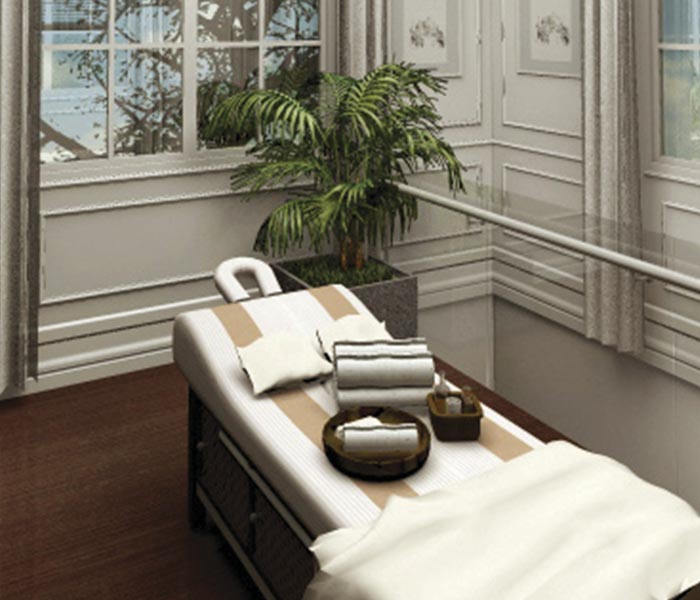 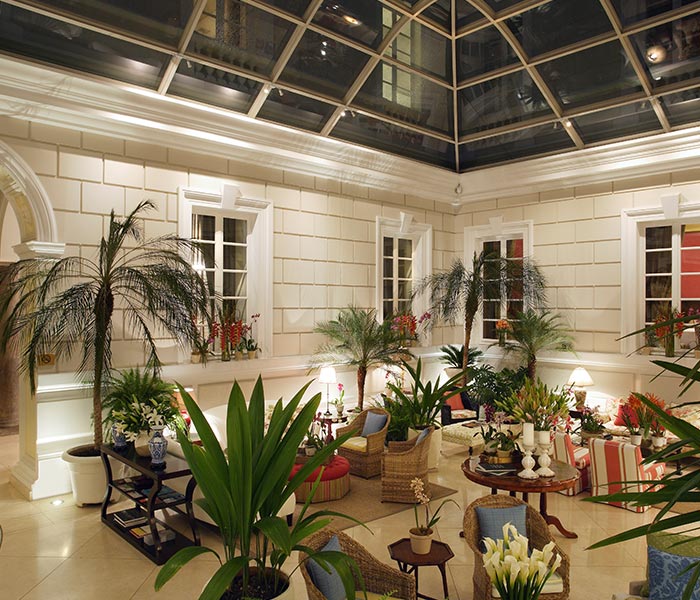 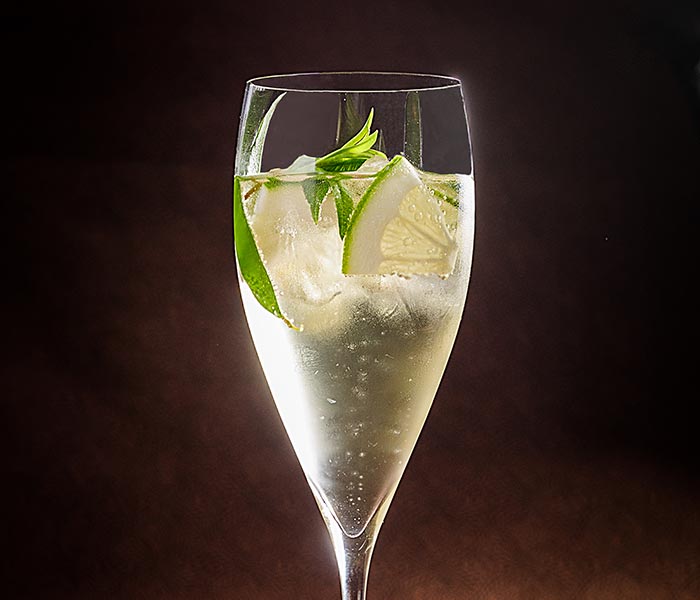 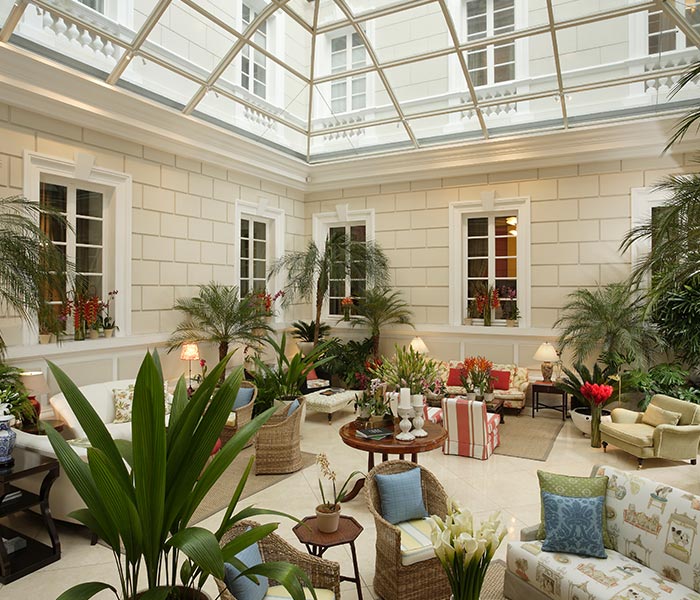 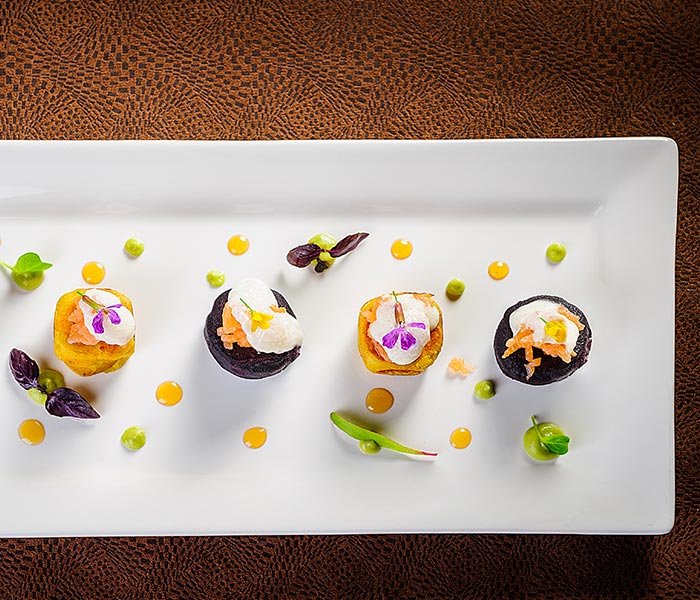 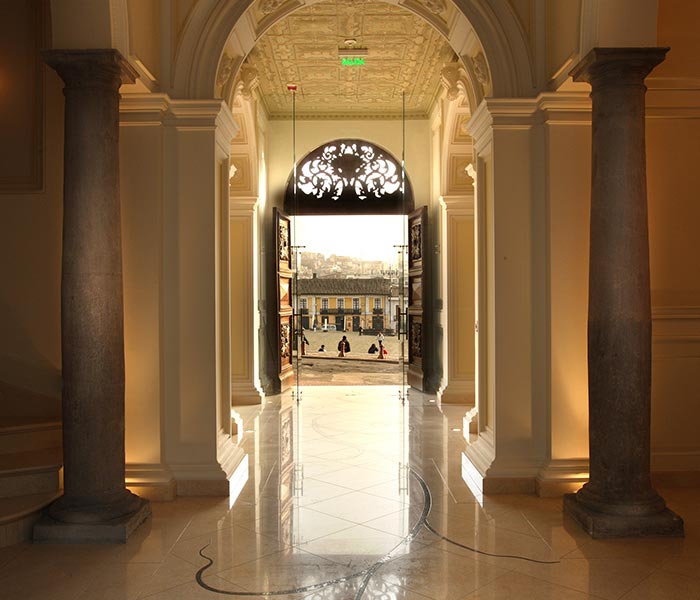 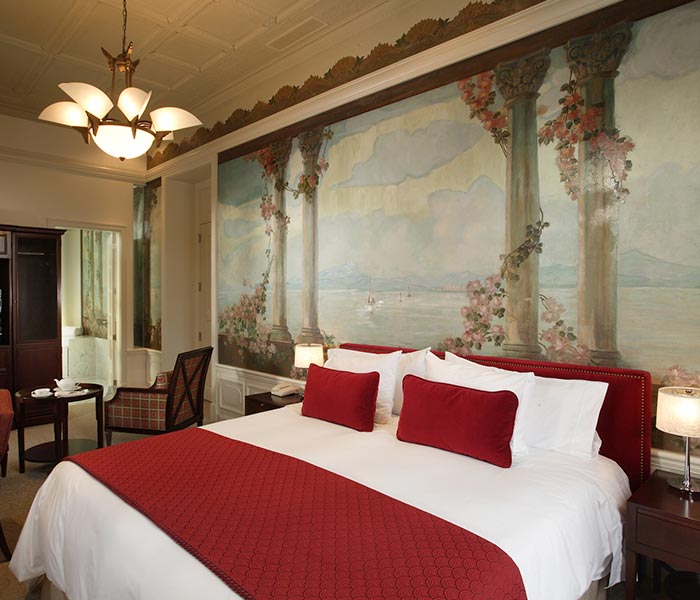 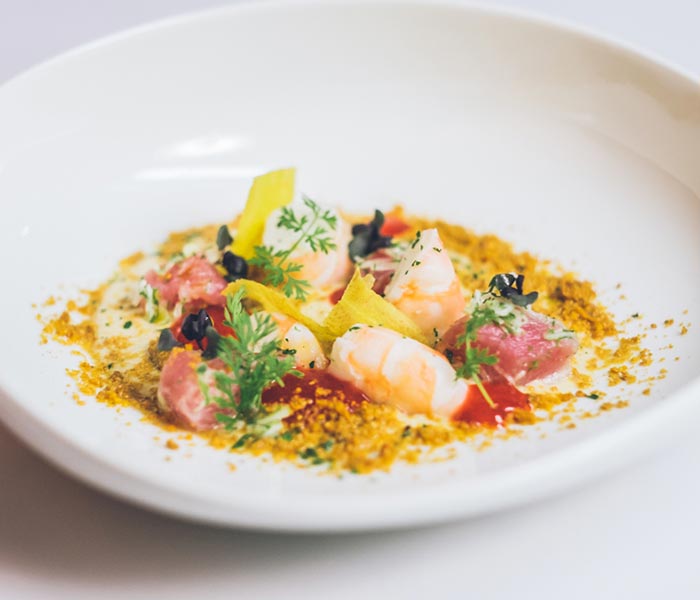 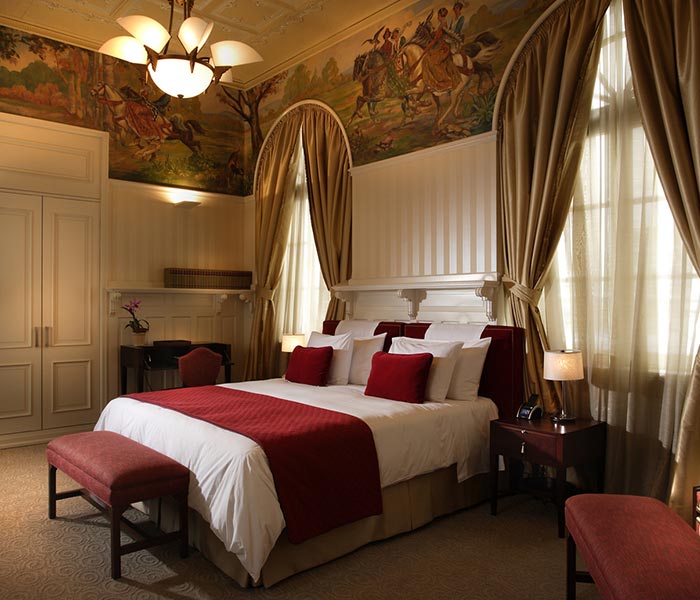 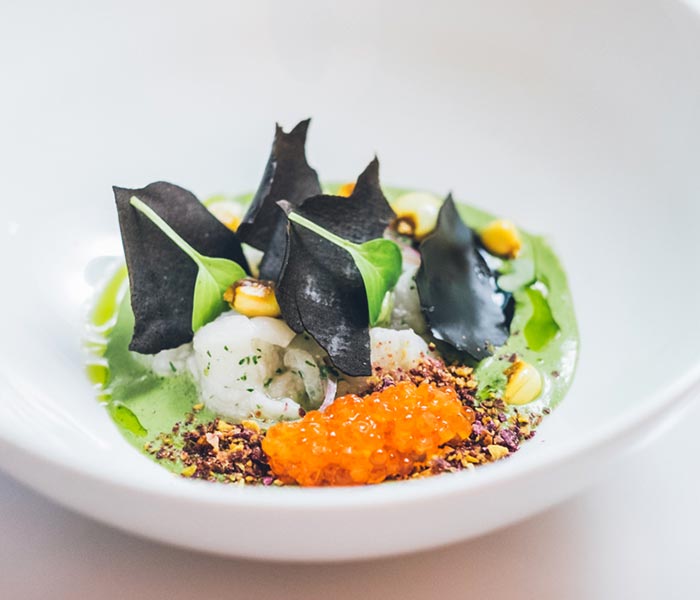 A few of our

Exceptional service, need more food choices at lunch and dinner My husband and I stayed here for 4 nights following a short Galapagos cruise. We were traveling with another couple.... read moreMy husband and I stayed here for 4 nights following a short Galapagos cruise. We were traveling with another couple. The four of us agreed that the service is outstanding! The Camp Manager, Andrea, took such good care of us that we took to calling her “Mama Andrea”! Tents are beautifully appointed and identical (although a bit smaller) than what we have stayed in during African safaris. The camp works to coordinate activities with its guests, and we were given a private guide during our entire stay. He was pleasant and informative, if a bit overbearing at times. If I were basing this review solely on service, it would be 5 stars, no doubt. However, the food options were very limited. My husband and his brother ate (we think) a bad seafood platter at a restaurant in Santa Cruz and endured GI distress for the remainder of our trip. The staff was accommodating in terms of preparing chicken soup, plain rice, providing pedalyte, etc. Andrea in particular went out of her way to make sure the men were given whatever they needed. However, if you are a fussy or limited eater like I am (no seafood, no mushrooms), the menus at lunch and dinner can be a challenge. Dinner is served in 4 small courses and there is always a seafood course. If you ask for a substitution, the chef will make something else but there is never any option given/ chance to choose. One night, my sister-in-law and I were presented with a risotto loaded with olives—which neither of us likes, especially in such overpowering quantities. When I have stayed in African safari camps, guests were always offered a choice of appetizer and entree at dinner. It would be a much better camp experience if Galapagos Safari Camp adopted this style. There were several dinners where I filled up on bread, which is less than ideal.

DO get a massage! The staff can arrange for this service and we all agreed the massages fantastic! read less

The Food was amazing...………. and so many different dishes each day. The Tent style Cabins are a lovely idea and very clean. A big thank you to the Kitchen staff and our waiter who was attentive and friendly telling us about the different local dishes.

The guides they use are very good and look after you very well. We visited several different islands and did Kayaking, Snokeling - great fun.

Would recomend anyone thinking of visiting Galapagos Islands to stay here. We have lots of good memories from here. read less

When was the last time you saw something for the first time?