The Galapagos Islands are home to some of the largest animals on the planet as they migrate from all around the world to feed and give birth to their young. From the larger baleen whale species to smaller toothed whale species, Galapagos provides the perfect conditions for these beautiful giants. Due to their ability to cross extensive areas of the ocean, it is not always easy to see whales, but with a bit of luck you may spot one surfacing for air or even jumping out of the water.

Baleen whales are a type of Cetacea differentiated by their baleen plates which are brush-like layers they use to filter food such as plankton from the water. Of the 15 species of baleen whales that exist, 6 have been recorded in the Galapagos Islands.

The largest of the baleen whales, and also the largest animal to have lived on earth, is the Blue whale. It can reach nearly 100 feet in length (30 metres), and weigh 173 tonnes (190 short tons). Despite once being one of the most abundant creatures in oceans around the world, Blue Whales were hunted in very high numbers for around a century, greatly reducing their population. Scientists now estimate that there are between 10,000 and 25,000 individuals in the world. To identify these creatures, the most recognisable element is their large fluke or tail, additionally one can look out for their small dorsal fin located on the lower part of their back, or their blow which can be seen 20 ft above the water. Fun fact: A blue whale’s tongue weighs around 2.7 tonnes. 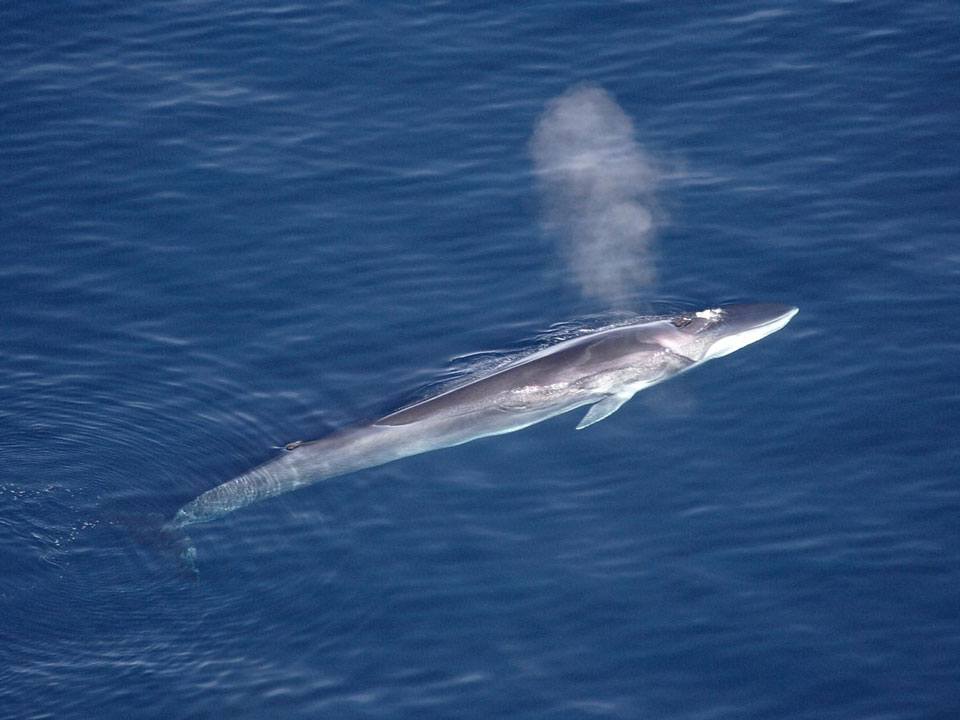 The second largest baleen whale, which can also be found in the Galapagos Islands, is the Fin Whale. Recognisable for its very thin and long body shape, the Fin Whale is an endangered species, with over 725,000 individuals hunted between 1905 and 1976 in the Southern Hemisphere.

The Sei Whale can live up to 70 years, and reaches lengths of up to 64 ft (20 metres). They feed close to the surface and can be identified by the fact that they do not arch their backs when they blow. In June 2015, scientists flying over southern Chile counted 337 dead sei whales, in what is regarded as the largest mass beaching ever documented, possibly caused by toxic algae blooms.

Other species of baleen whales found in the Galapagos are Humpback whale, Bryde’s whale, and Minke Whale.

Toothed whales include species of whale, dolphin, and porpoise that have teeth instead of baleen plates for feeding. Sperm whales and Orcas are two of the species of toothed whale that can be found in the Galapagos Islands. They are known for being able to travel at up to 20 knots and have conical teeth which are perfect for catching fish or squid. The have extremely well-developed hearing which can even compensate for lack of sight in deep waters. 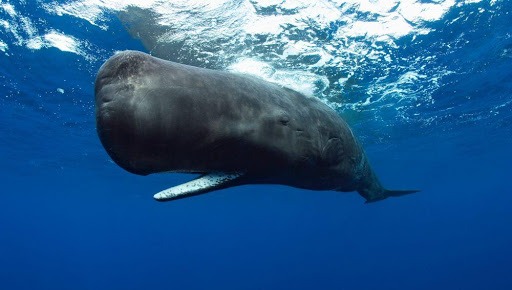 Large whales cross extremely extensive areas, and can be difficult to see without a decent dose of luck. The creatures are most commonly spotted in the west of the archipelago, in the channel between Isabela and Fernandina islands. This said, you might be lucky to spot one at any time while cruising between islands. Depending on the species, some migrate in the colder waters that flow in the Galapagos between June and October, while others such as the Sperm whale or the Orca are present year-round. 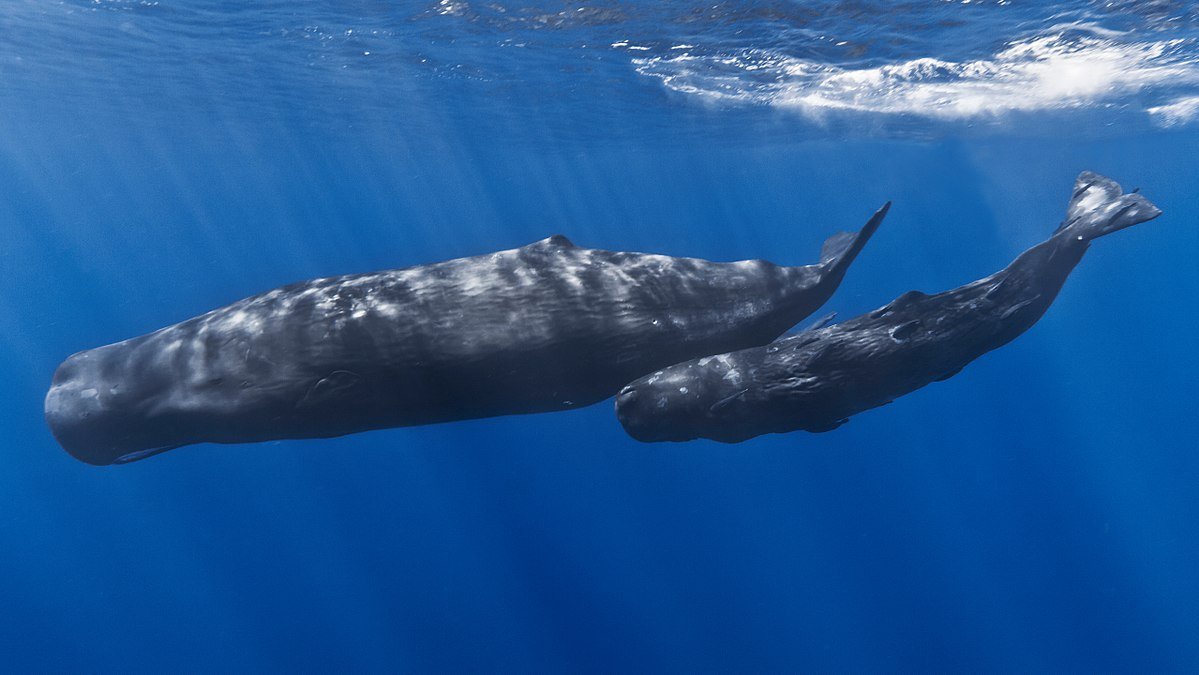 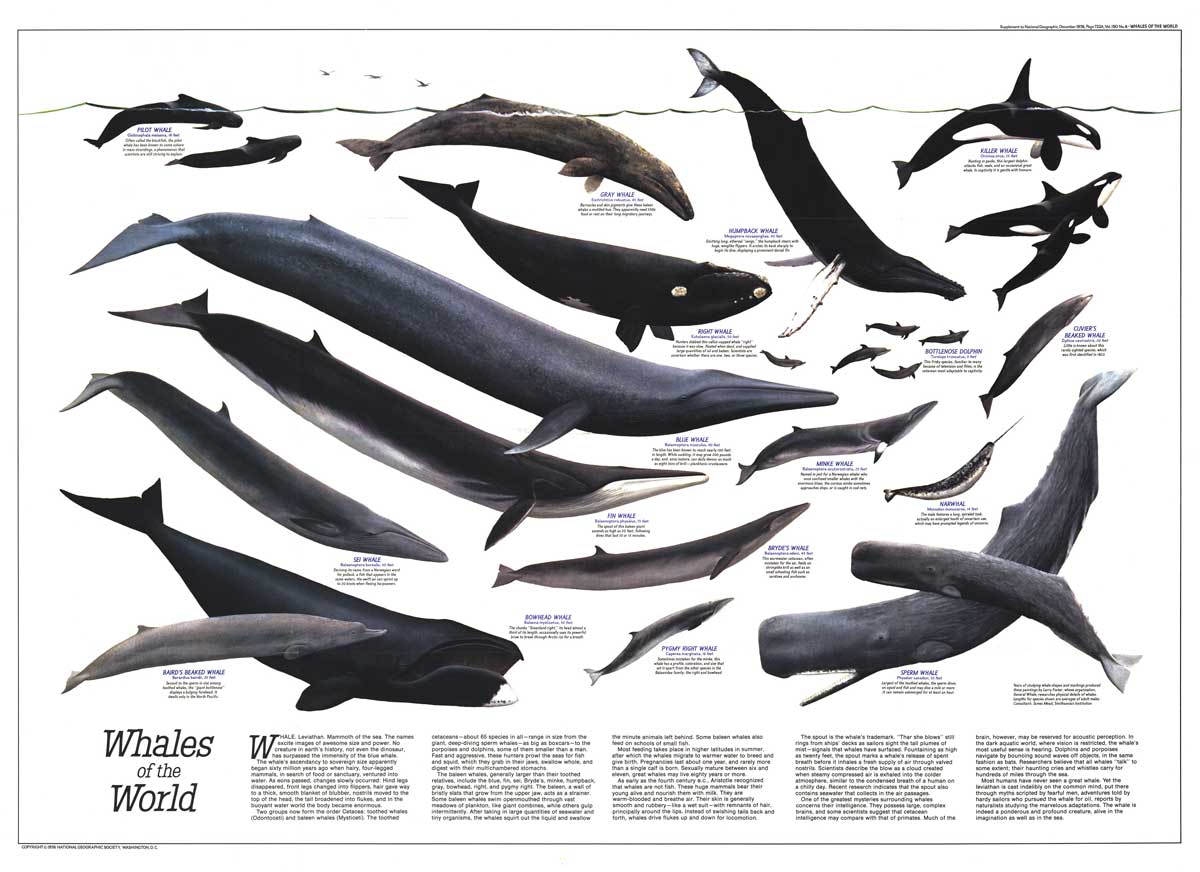