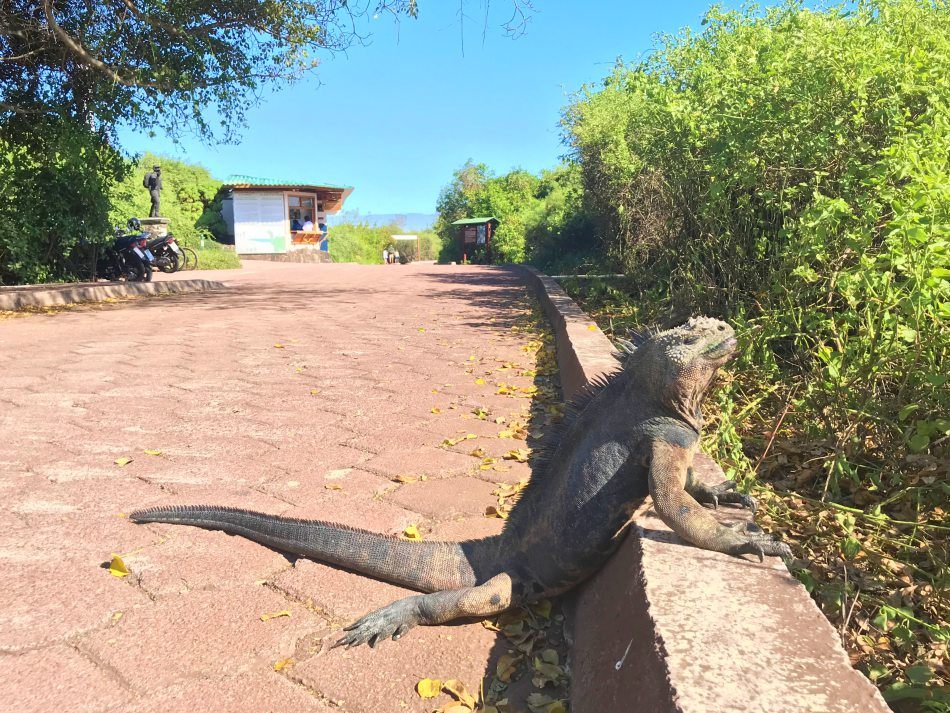 Where is the only place in the world you can see Marine Iguanas?

Marine iguanas can only be found on the Galapagos Islands and are one of the archipelago’s iconic endemic species. Spotted frequently on our land-based safaris, these extraordinary looking reptiles are a good example of how animals have adapted to these barren, volcanic islands.

Charles Darwin’s “imps of darkness” were creatures that brought great fear to approaching Spanish ships traveling to Galapagos Islands for the first time. Imagine what it was like to reach lava rocks teeming with dark monsters such as these, hundreds of them, guarding the beach with their horrid faces. Of course, today they are a must-see of any Galapagos tour. We now know they are utterly harmless. They certainly couldn’t care less who washes up on their shores.

Darwin, in any case, had a great time experimenting with them. He tied rocks to their tails, completely awe-struck to find out that these animals could actually survive for over a minute underwater. He had an inkling that they were special, but little did he know how special they actually were.

Marine iguanas are among the most bizarre, sheer creepy and spectacular animals in the Galapagos, true highlights of any Galapagos tour. They differ from island to island (from coloration to size) yet they are all considered one single species: the only sea-diving lizard in the world. They have adapted to the sea because of the precious food they find there.

In the barren, deserted hotbed of pioneer vegetation found on most lava-born islands, lizards usually have to rough it out gnawing on scraggly stems and dried up, spiny leaves. But, underwater thrives a carpet full of green, the most appetizing salad a Galapagos reptile could imagine this side of the Pacific…

The Marine Iguana: An evolutionary wonder

But a lizard could only know so much if it had actually witnessed such underwater beauty… And no other lizard had ever ventured beneath the waves. Such is the marine iguana’s love for underwater algae, it’s done away with pretty much every trait that characterizes its lizard cousins: its mouth has evolved, its teeth have evolved… its skin has changed color, its nose and respiratory system has completely transformed to allow it to dive ever-so-deep, and yes, breathe underwater for over a minute; its tail has evolved to propel it across the breaking waves. Everything to be able to feast on that delicious green stuff in the water.

The Skeletal Flexibility of a Marine Iguana 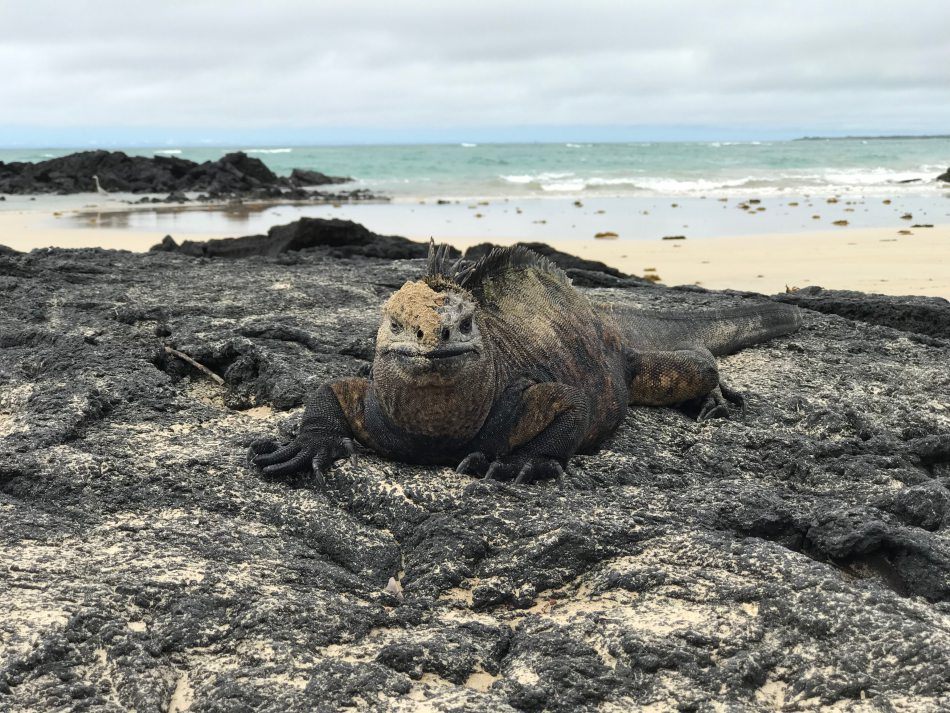 Still, this food is not available all the time. Everything is seasonal here, as you’ll find out on your Galapagos tour, and there are moments when there is nothing at all to eat. What does the marine iguana do? Does it go back to scraggly leaf-litter? No. (It would rather starve to death.) And here is one of evolution’s most incredible stories: the marine iguana shrinks. Literally. Not only does it lose weight. It does something almost no other animal can: its bones become smaller; Its ribcage constrains; Its skeleton retracts, so it can eat less and be content and not malnourished in its newfound body… and then, it waits. It waits until the algae return.

Where To See Marine Iguanas in the Galapagos

The great thing about marine iguanas is that they are a can’t miss. They are usually found basking on rocks on many of the Galapagos islands, including Santa Cruz, Isabela, Fernandina, Floreana and Española. All Galapagos tours will get to see many individuals. Sometimes in the hundreds. One of the best places to encounter them is underwater, where this amazing member of the Galapagos wildlife pantheon has learned to belong.


See our Safari Holidays for our suggested Galapagos itineraries and recommended activities.

To help plan your trip to the Galapagos Islands, pin the image below to one of your Pinterest boards. 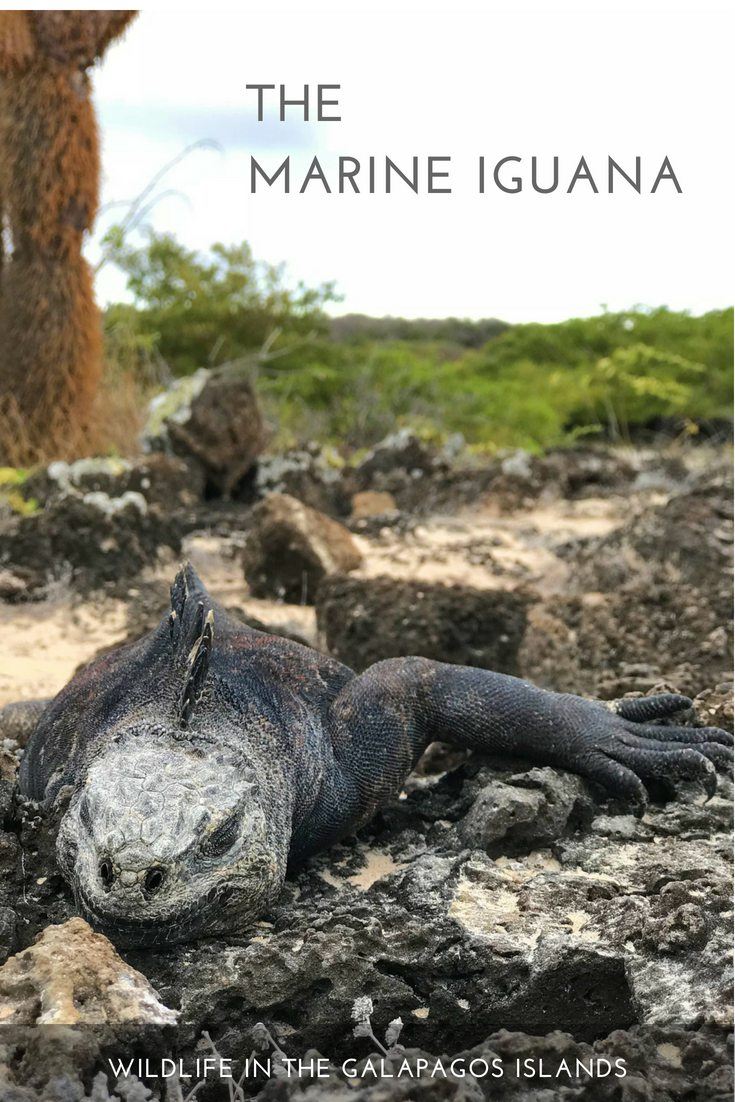