Santa Cruz Island, Galapagos: Everything You Need to Know

The Best Diving Sites in the Galapagos Islands

Finding a Purpose: A How-to for Solo Travelers 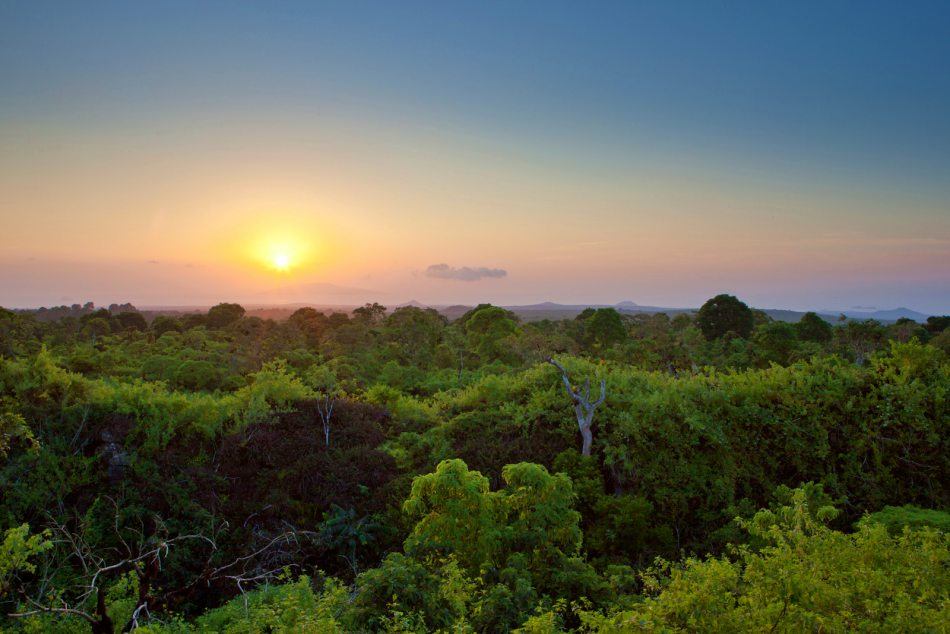 Sitting at the centre of the archipelago Santa Cruz Island offers iconic wildlife, spectacular beaches, beautiful walks,  and nature galore. It is also the island, we call home. Galapagos Safari Camp is located in the remote islands. 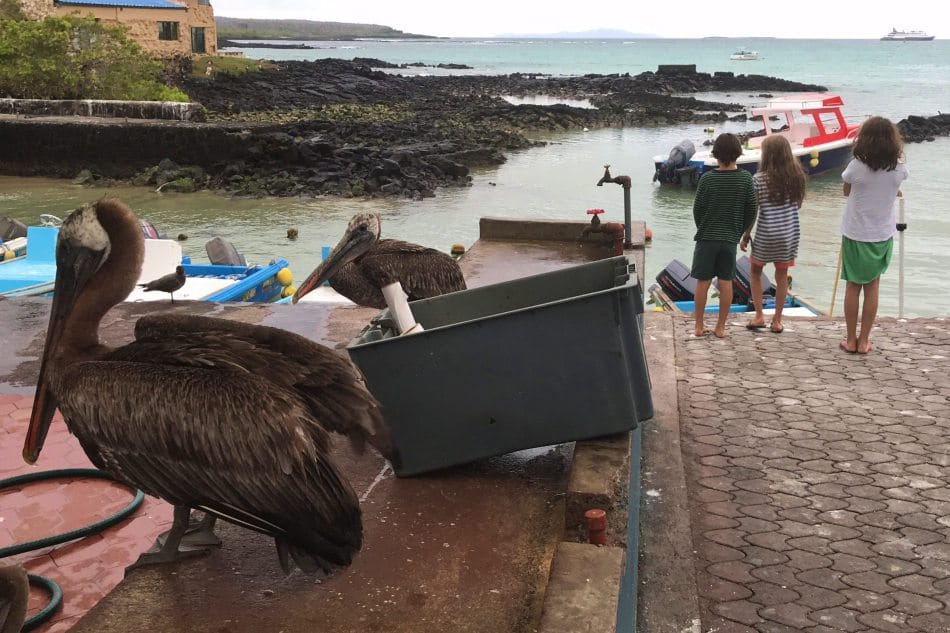 Starting in the South, Puerto Ayora is a friendly port town where sea lions nap on benches and rays and reef sharks skirt the swaying boats on the pier.

The port can get quite hectic during the day as boats, large and small, ferry visitors to and from the island. 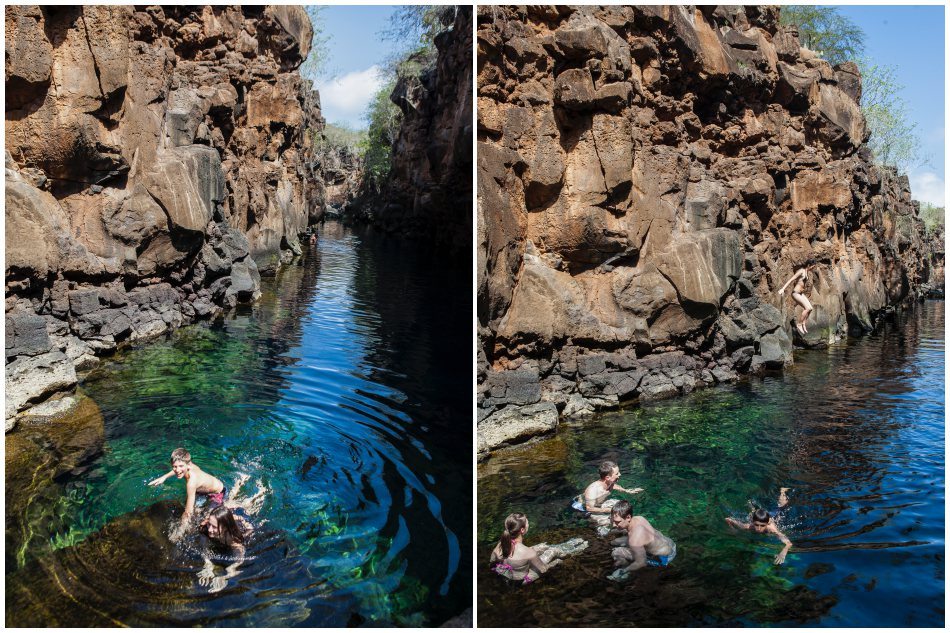 Las Grietas is a small canyon filled with turquoise water and especially popular with locals. It can get very busy here over the weekends and during school holidays. 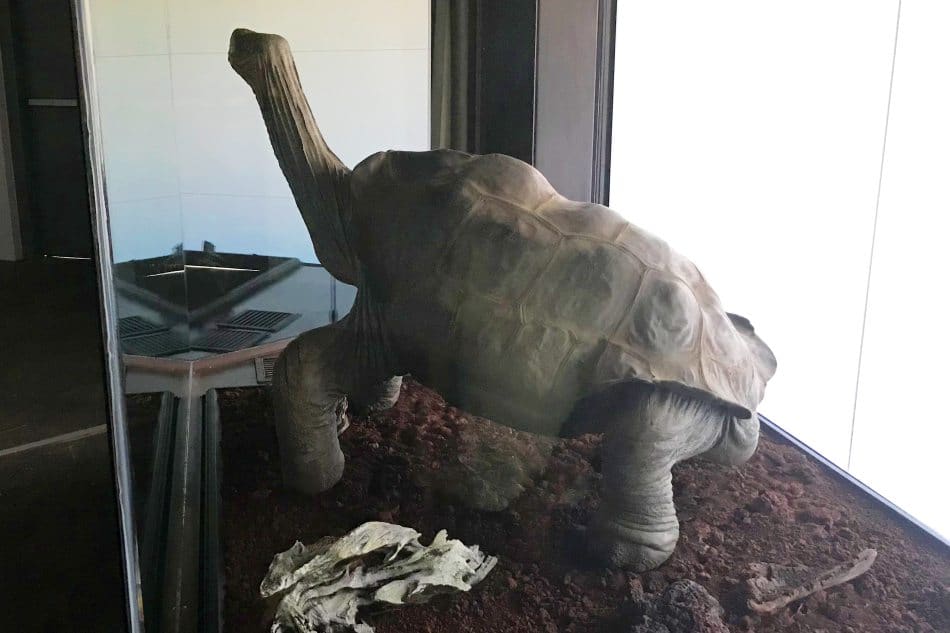 The Charles Darwin Research Station is a nonprofit organisation that provides scientific knowledge and conservation advice to the Government of Ecuador, to help protect the Galapagos Islands. Part museum and part laboratory, it is offered on most Galapagos tours and includes a number of interesting exhibits, such as the legendary Lonesome George. This now embalmed giant tortoise was, during his lifetime, considered the last known member of the Pinta Island giant tortoise subspecies and became a flagship for conservation around the world. 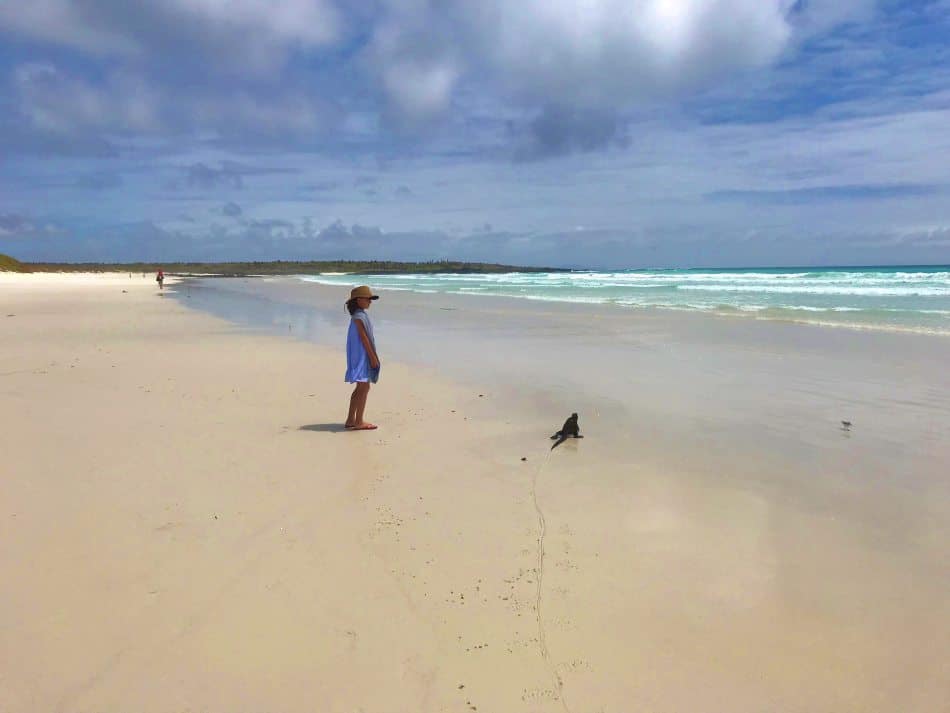 Considered one of the world’s most beautiful beaches, and shortlisted by the likes of The Independent, TripAdvisor and The Telegraph, Tortuga Bay’s Playa Brava (Angry Beach) is a veritable “infinity beach” with perfect white sand and turquoise waters as far as the eye can see. The current, however, is strong and swimming is not recommended in certain sections. Round the corner is Playa Mansa (Calm Beach), a sheltered bay with clear waters, perfect for snorkeling in. You can also explore this bay by kayak.

El Garrapatero is another beach good for snorkeling and kayaking. Since it is less visited, you may even have a chance to have it all to yourself.

The Highlands of Santa Cruz 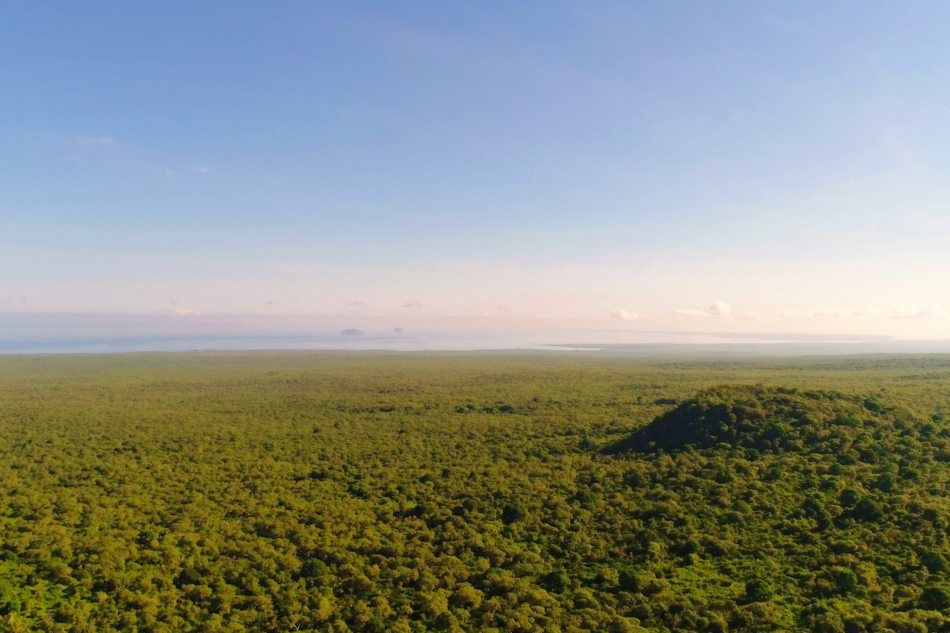 Santa Cruz is not only sun and sand. It is a very lush island, with spectacular forests dominated by two distinct tree species, Miconia or Scalesia, each one forming its very own “vegetation zone”. 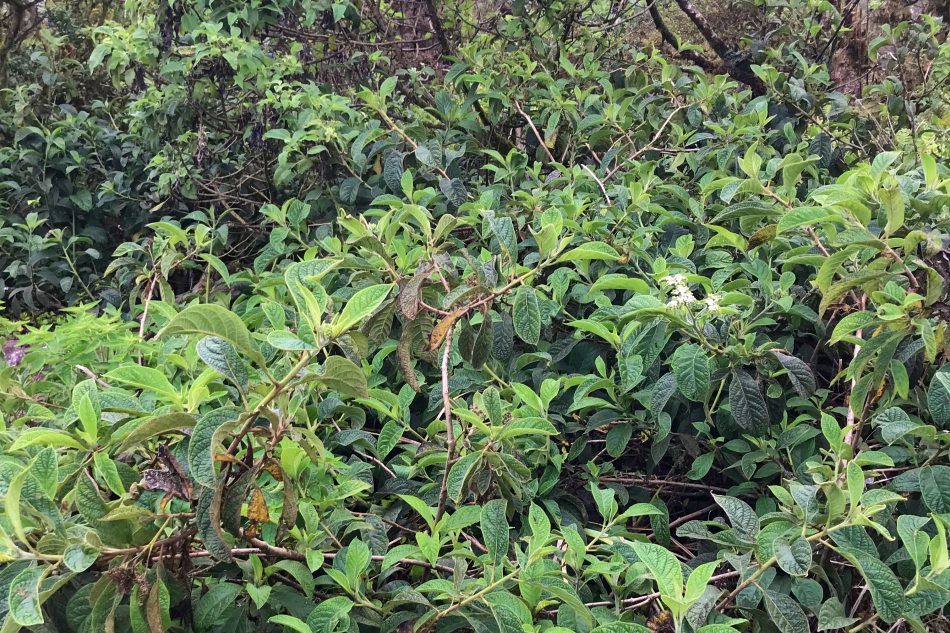 Scalesia is particularly interesting. A tree species endemic to the Galapagos that actually belongs in the daisy family (the only daisy to be a tree) and, as such, is astoundingly adaptive and resilient.

Miconia, on the other hand, is a much more common genus of plant species throughout, but the Galapagos variety features pretty red-tinged leaves and grows higher than its continental relatives. 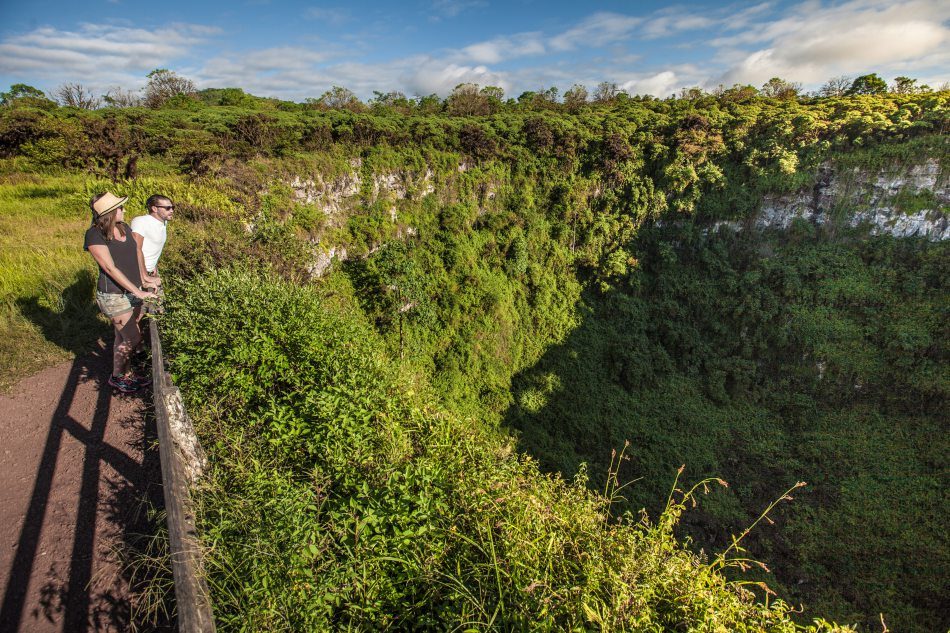 Smack-in-the-middle of the island, like a sunken heart, lie the Gemelos (or Twins). These volcanic craters have imploded to form two spectacular sink holes. You can walk along the edge and peer into the vegetated walls of stone. 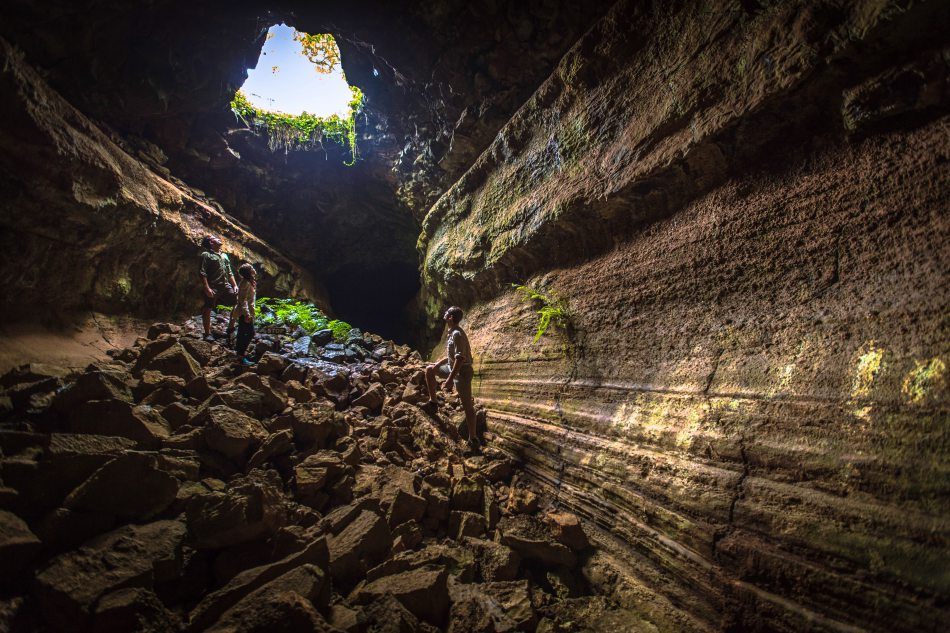 Other fascinating remnants of the island’s volcanic history are its lava tunnels. Although they look and feel like caves, they are actually the result of bubbles created during lava flows that remain hollow as the temperature on the outside of the lava flow cooled and set.

Our safaris take you beneath the ground where you can learn about the origins of the island. 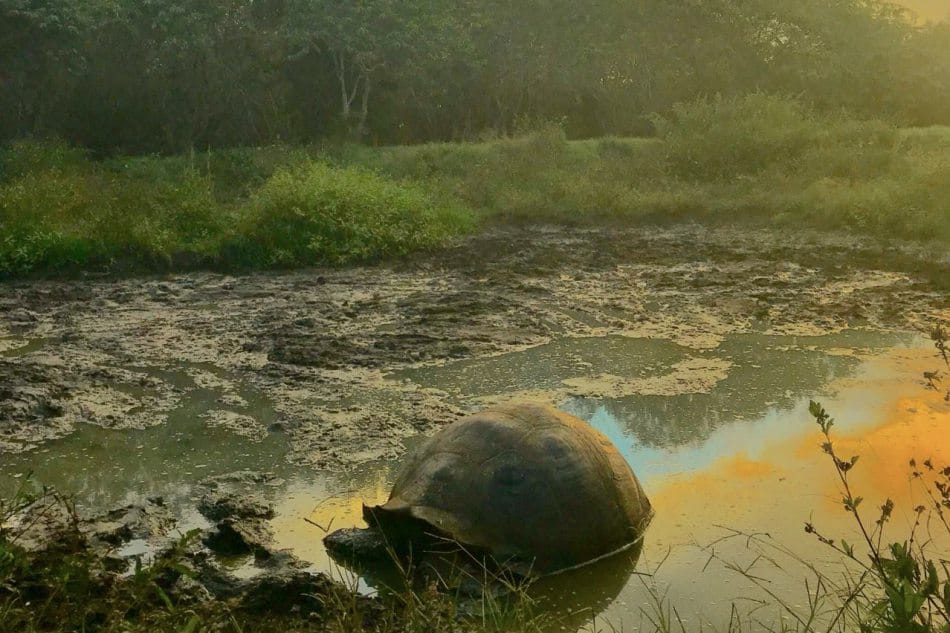 The tortoise reserve is located very near Galapagos Safari Camp and is one of the best places for observing these fascinating creatures in the wild. 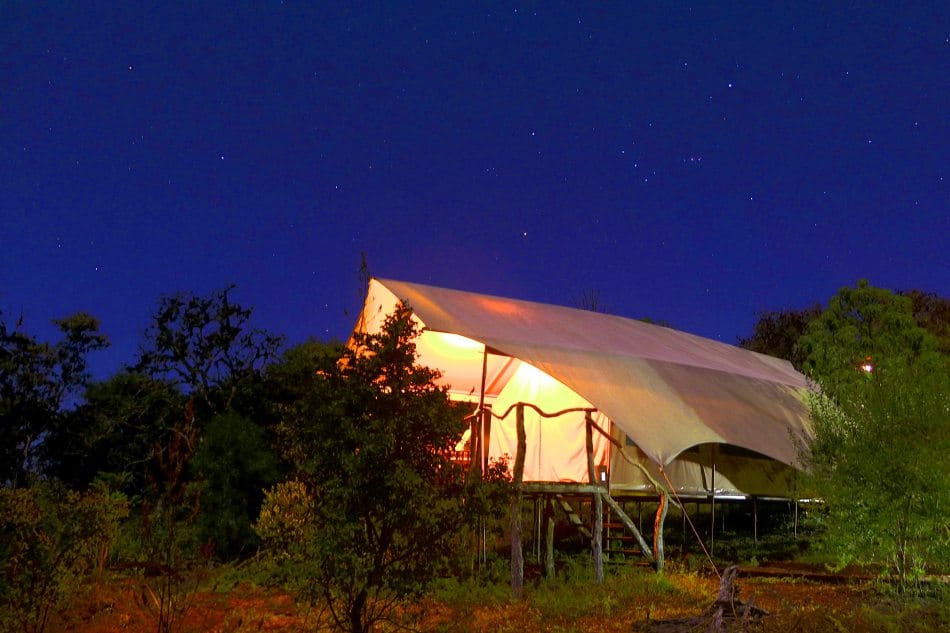