Genovesa Island, Galapagos: Everything You Need To Know

4 Must See Destinations in Ecuador 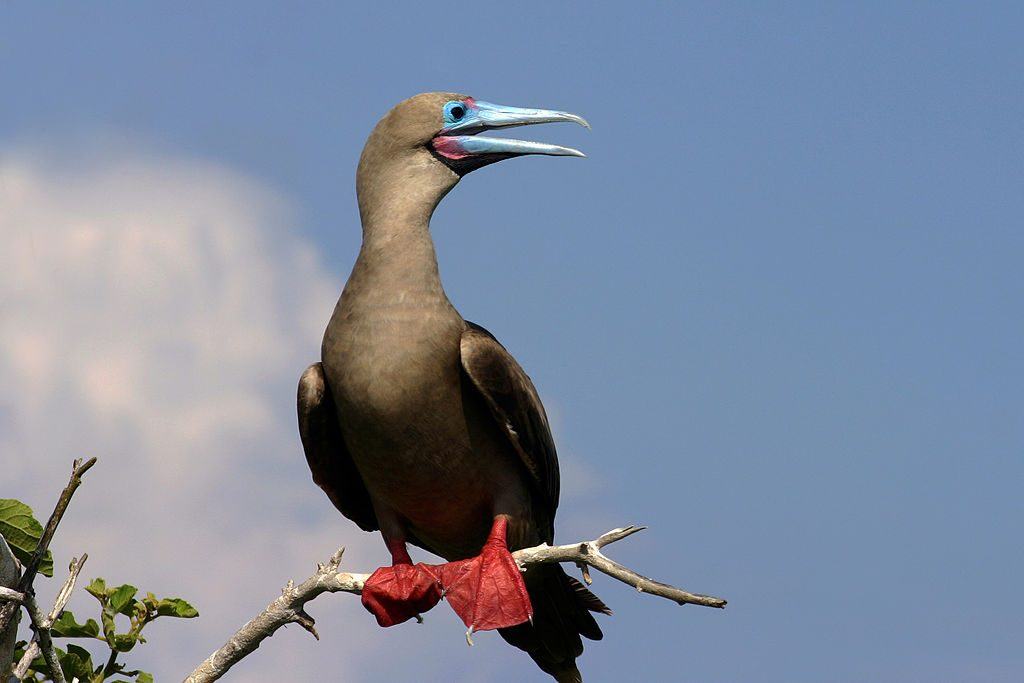 Genovesa Island and The Red-Footed Booby

We arrive at Prince Philip’s Steps, in one of Galapagos’ northernmost islands. The name honors the Prince’s two visits to here in 1965 and 1981. We begin our (steep) climb up a set of natural rock formations that serve as a spectacular staircase, taking us to the top of the island, into the realms of a very special bird colony.

This is the home of the Red-footed Booby. Most visitors have probably already encountered countless Blue-footed boobies during their Galapagos tours, the species is abundant throughout the islands and can be seen at no distance at all in certain places. But this is one of the very few sites in Galápagos where the equally arresting Red-footed boobies take the stage.

The obvious difference between this species is of course the feet. Bright red. If you thought that a bird with bright blue webbed feet was special, getting to see the shocking red variety is even more so.

There are other differences between these species as well.

Blue-footed boobies nest on the ground and stand on rocks, Red-footed boobies’ red feet are designed to perch in trees; and nest in them, too. When visiting Genovesa, during the Red-footed boobies’ nesting season, you’ll get to see them and their neatly-constructed twig nests… a sophisticated species, indeed.

The second spectacular encounter in Genovesa takes place on the far-side of the island. This area displays a marvelous rocky landscape, where Wedge-rumped Storm-Petrels, a pelagic (or ocean-dwelling) bird species nests.

Hiding somewhere lies the island’s Cyclops of sorts, the true keeper: an owl. Who really knows how an owl travelled so far from the mainland to this island, but it did, and has found a place to settle here, where it mainly feeds on the storm-petrels. Among its prerequisites to adapt to this island, this nocturnal species has become partly diurnal, and it is not uncommon to spot it, sometimes at no distance at all, hunkered down among the rocks.

Genovesa is an isolated place, and its (Darwin’s) finches are special too… recent scientific analysis has shown that two of its species are actually distinctive enough to be now recognized as separate species in their own right—the Genovesa Ground-Finch was, until recently, considered a race of the Sharp-beaked Ground-Finch; and Genovesa Cactus-Finch was formally considered a race of the Large Cactus-Finch.

And for more scientific breaking news, the Galapagos Mockingbird on Genovesa could even be a distinct species as well… There’s just never a dull moment when dealing with the natural world in the Galapagos!

Bizarrely shaped like a horse-shoe, we quickly imagine Genovesa as a volcanic cone broken in half by the rough ocean tide. At its center lies a spectacular crater lake. Snorkeling and navigation can offer visitors sights at Hammerhead and even Whale sharks (it is one of the best places to find these species, if you were ever so lucky).