Since their discovery in 1535, the Galapagos Islands were visited by many sailors, merchants and pirates. Each drew up maps of what they believed the Islands looked like, contributing to knowledge about the area and its weird and wonderful animals.

1535 – The discovery of the Galapagos islands

The Galapagos Islands were first documented by Tomas de Berlanga, the Bishop of Panama, as he sailed from Panama to Peru. After drifting off course, Tomas de Berlanga arrived on the islands and was delighted by their giant tortoises and exotic birds. In a letter he wrote to King Charles V of Spain, he described the harsh conditions of the islands, and detailed how docile many of the animals were. The islands may have been discovered earlier than this, but no records or documentation has ever been found. 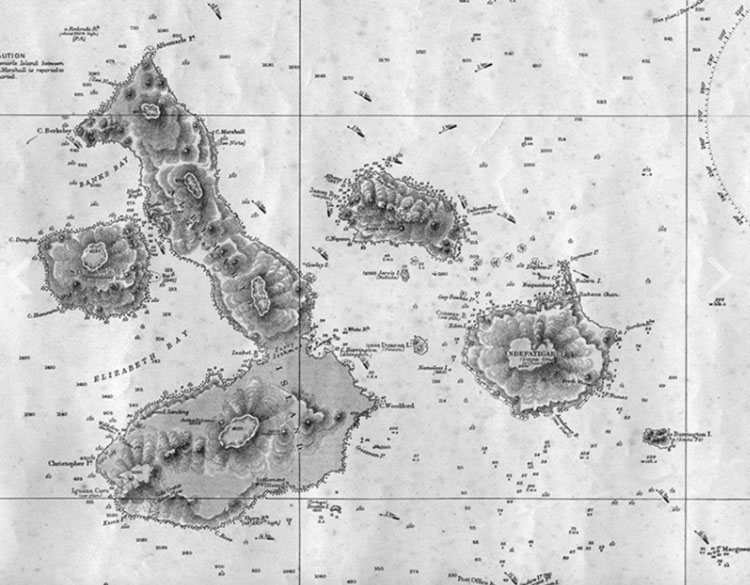 1570 – The Galapagos Islands first appear on a world map

For centuries after their discovery, the Galapagos Islands were used as a base for whalers, pirates and other sailors. Many stopped here to stock up on water and food in the form of the giant Galapagos tortoises. These would be taken on board alive, as they could live up to a year and would be a source of fresh meat. It is estimated that 100,000 or more were taken from islands between 1811 and 1844. The Galapagos Islands first appeared on the 1570 maps of Gerardus Mercator and Abraham Ortelius as “Insulae de los Galopegos” (Islands of the Tortoises). 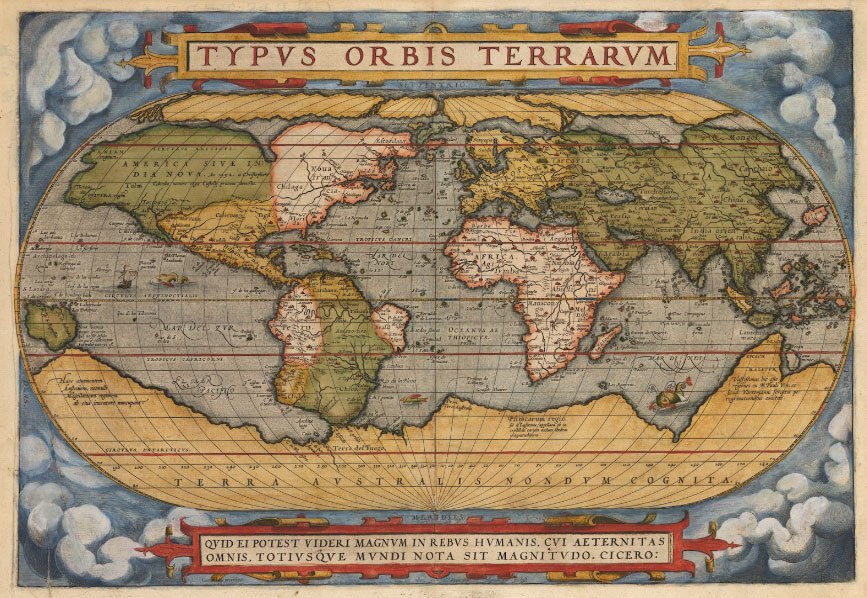 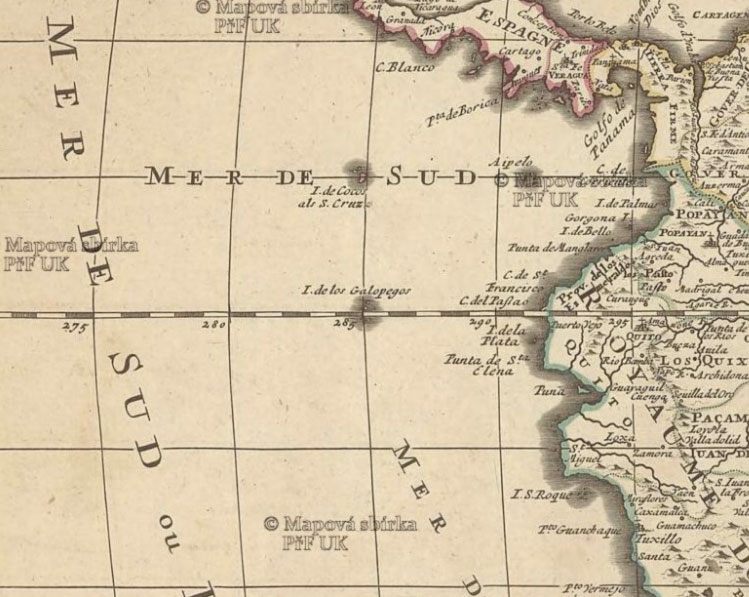 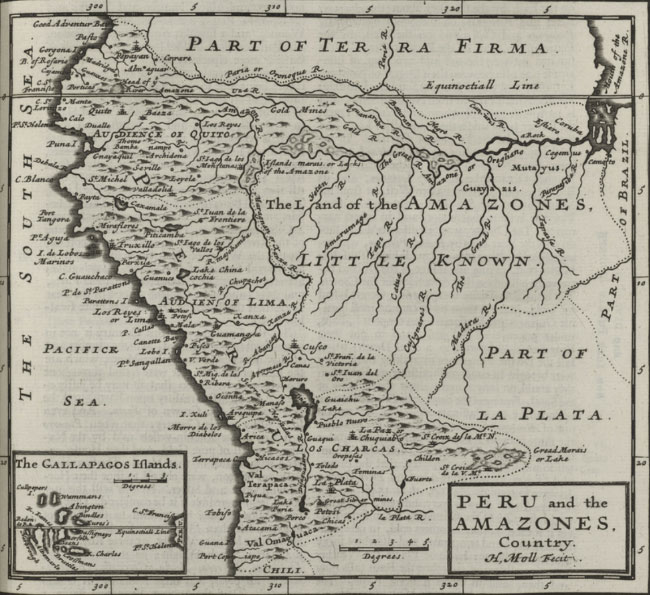 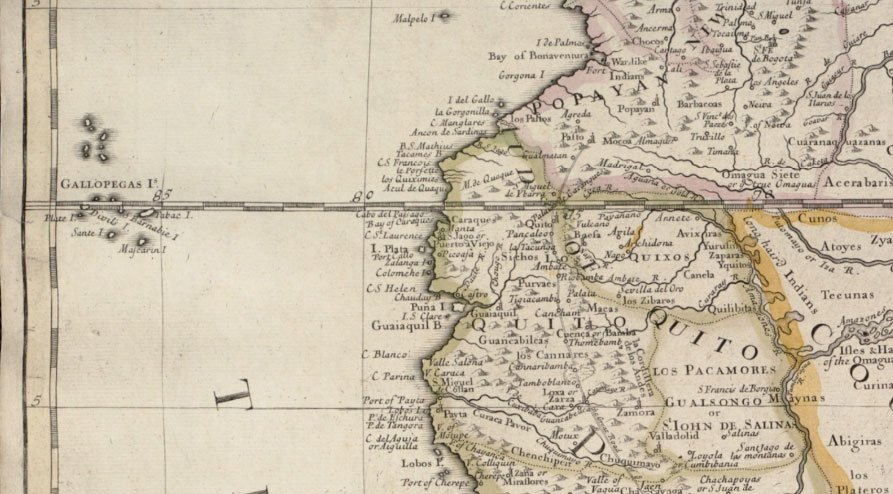 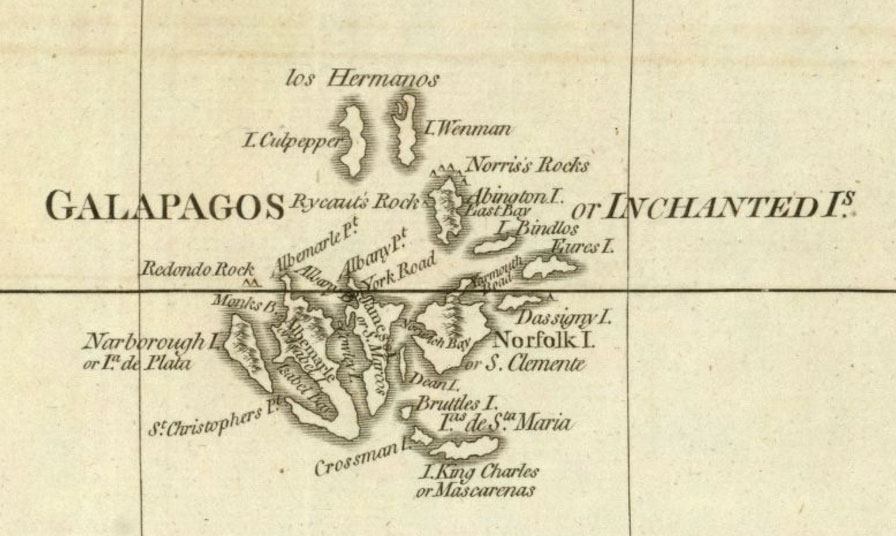 The first resident of the Galapagos Islands was an Irishman named Patrick Watkins, who was marooned on Santa María Island in 1807 and spent two years living there, growing vegetables and trading his produce for rum with passing boats. He eventually managed to steal a ship’s boat and set out for Guayaquil accompanied by five slaves. No one knows what happened to the slaves, as Watkins reached the mainland alone. 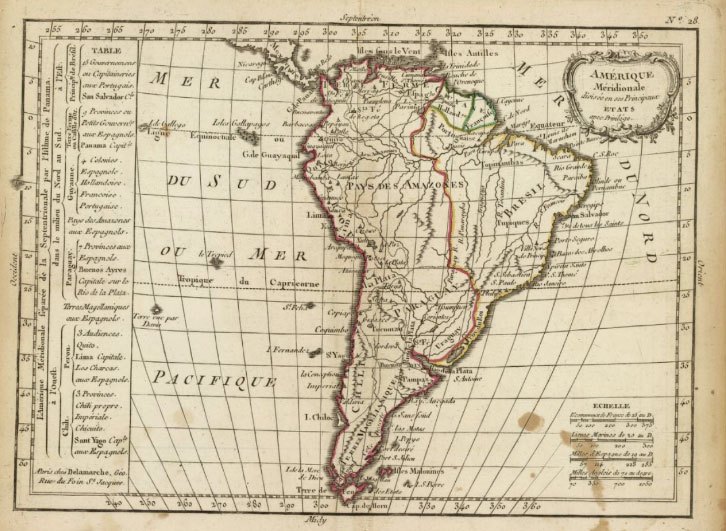 General Jose Villamil persuaded newly appointed and first ever Ecuadorian president that the Galapagos Islands should be annexed by Ecuador before anyone else did, and was appointed as their first governor. He brought a group of convicts to populate the island of Floreana, and in October of 1832, some artisans and farmers joined them.

Renowned scientist Charles Darwin was the first person to conduct a scientific study of the Galapagos Islands on a 5 year trip from 1831 to 1836. His observation of Galapagos finches as well as other species on the islands led him to develop the theory of evolution. Darwin stayed on the islands for five weeks collecting specimens and drawing plants and animals. His time was mostly spent on the island of San Salvador. 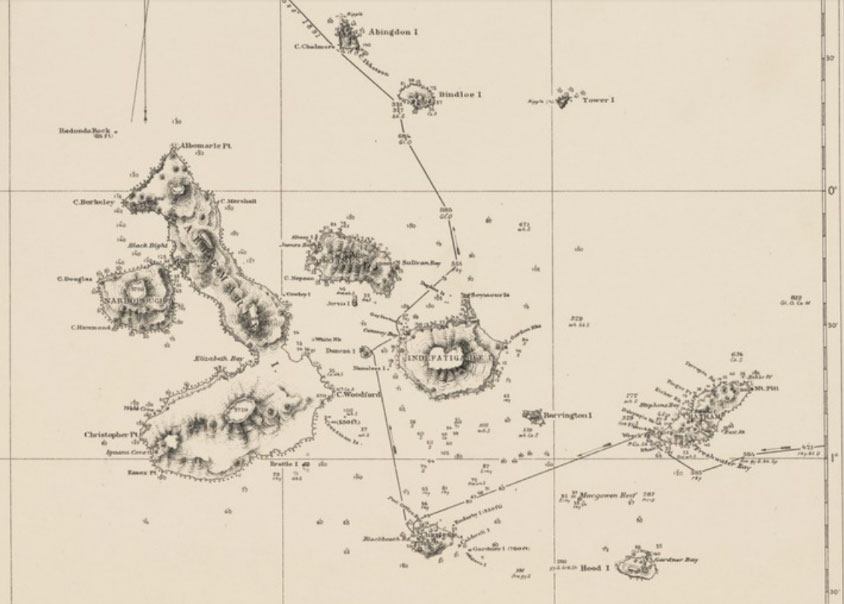 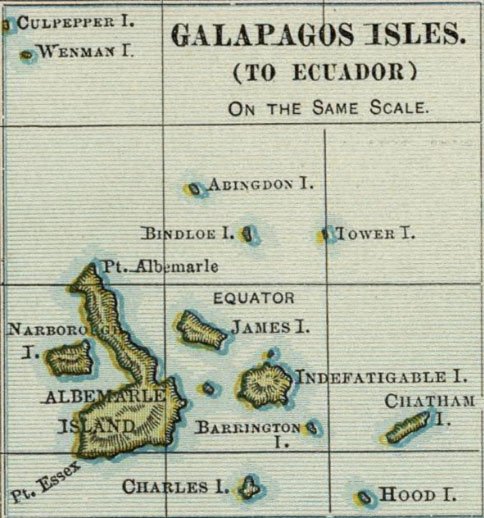 Map of the Galapagos Islands, 1897

Some islands were declared wildlife sanctuaries in 1934, and 97% of the archipelago officially became a national park in 1959. Organized tourism began in the late 1960s and in 1986 the government formed the Marine Resources Reserve. Despite Galapagos being known for its nature, over the years there have been conflicts between the National Park and fishermen who were protesting to be allowed to fish higher quantities of sea cucumber and lobster. 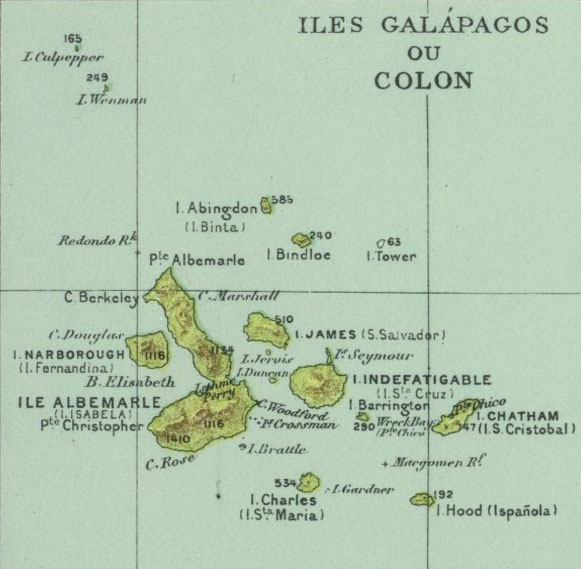 Map of the Galapagos Islands, 1930

The Baltra Military Base in The Galapagos Islands